Drilling technology has been evolving since the 1800s, and in the last few decades leaps and bounds have been made on what was once a simple operation. If you would like to know more about the history of oil check out this link and then search for the other seven episodes (they are all up)

What has changed in the last 30 years?
Fracking has been combined with directional drilling.

Last 10 years?
Computer driven systems have improved, and it is now relatively easy to control the drill bit (still not easy).

The 1980 was sort of the first proving ground for horizontal drilling, and it was successful, but they did miss often. There are a lot of things that can go wrong when you are drilling more than two miles below ground and cannot see what you are doing.

Fracking during the 1980s and even early 1990s now has a joke associated with it “pump and pray.” New technology makes the old stuff look like the stone age, but it was still a necessary step. During that time water and proppant were basically free to take the path of least resistance over huge rock intervals within the target formation.

In the early 2000s multi stage fracks were being used to isolate sections of the well to provide more control on where fracking fluid and water migrated. By 2007, multistage fracks were standard, but they are consistently being improved even today. Last I had seen the most frack stages used in one well was around 60.

Fracking Basics:
What is the ultimate goal of fracking?
Surface area.
The goal is to expose as much low permeability rock to flow paths as possible. Wells in shale formations were not economic until horizontal drilling was combined with hydraulic fracturing.

There are calculated numbers for new surface area generated due to hydraulic fracturing and horizontal drilling, but I was not able to find them, so they may not be public yet. The numbers are very large. A fracked well should effectively have hundreds or thousands of times more rock in contact with the well-bore (production pipe) than a traditional well.

You may not believe the previous statement, so I will try to help you conceptualize the magnitude of the fracking process. Just for fun we will try a basic comparison that is going to be wrong, but better than nothing.

Using the any generic rock horizon a traditional well running vertically will contact from a few tens to a few hundred feet of rock.  A producing zone is probably some small portion of that.
Vertical well surface area:
Length = 100ft
Diameter 8 in
Area = (2)(PI)(8in/2)(100ft*12in/ft) = 30159 squar inches

Horizontal legs are typically between one and two miles long so I am going to use 8000ft for a distance.

We are going to say that the rock is effectively shattered for a 15 foot diameter for the entire length of the horizontal leg. This number is probably significantly underestimating the effective distance from the wellbore.

While we are on the topic I had probably better point out that just about every model of hydrofracking you have ever seen is wrong. Artists like to draw nice trees coming out of a wellbore. How do things really break when a stress is applied? 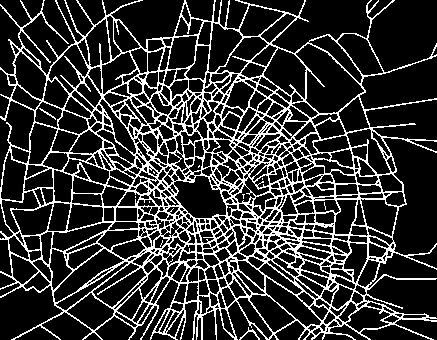 Can The Broken Glass Model Be Used for Fracking?

Rocks have existing stress fields, so they will not break in a nice circular pattern, but during fracking the most stress applied to the rock closest to the wellbore so one would expect more fractures to occur near the pipe rather than at a distance.

The next time you think fracking think broken glass before you think tree growth.

Why do frack stages matter how does it work?
Frack stages isolate horizontal portions of the well into small areas so that when fracking fluid and proppant are pumped down they only affect a small area of the well. The process improves the efficiency of the frack and keeps the proppant where you want it(that is the idea anyway). A good frack vs a bad can easily double initial production. 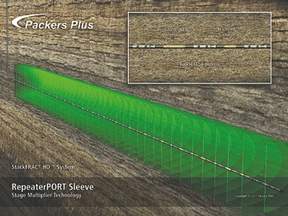 How frack stages are isolated

Fracking Safe?
The answer is the same as driving a car or firing a gun. Yes. As long as it is done properly. As for the people who think it will poison the water supply of cities… They do not understand the process or geology in general.  Most public cases blamed on hydraulic fracturing have nothing to do with fracking.  The cases where natural gas ended up in someone water well is most often related to the drilling process.  i.e. drilled through a gas pocket near the surface or the faulty casing.  To most people, it does not matter how or what is causing the environmental problems as long as they have something to blame.  The problem is that large numbers of people are seeking the wrong solution because they do not understand the problem.  Leaky casing is a problem, but it is not likely to endanger a large water supply. Regardless, this post is not about fracking problems, so I will leave it at that.  If you want to know more about fracking, please ask or check out the rest of my site. 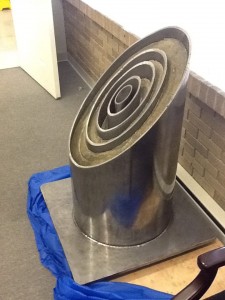 It is important to realize that there are always exceptions to the rule, but these are some things to consider.